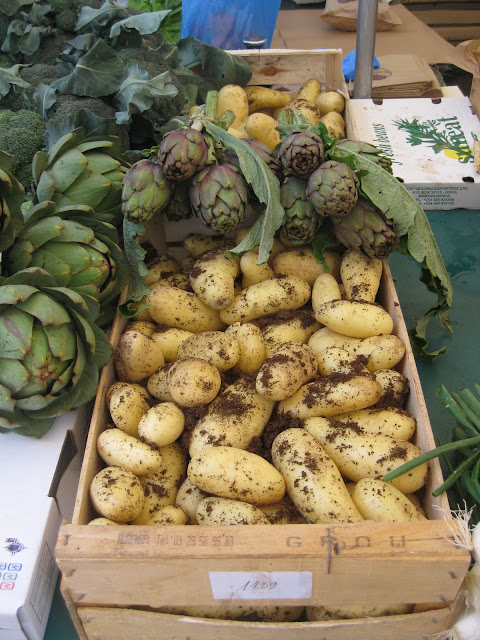 What makes French potatoes so good?  Well, no, of course it's not the dirt...it's the fact that they are freshly dug!
Part II  French Potatoes...and a bit of Globalization
by Victoria Challancin
In this post I suggested that the reason French potatoes were so good was the fact that they were often bathed in fat.  Looking at my French market pictures, I now have to amend that statement by adding that they are so meltingly good in the mouth because they are so fresh.  Freshly dug, quickly sold, and then bathed in fat.  Preferably duck fat. But that is another story.  Here we have a food cart selling hot baked potatoes with a cold topping on the grounds of Versailles.  Now there is an idea whose time has come!

A food cart on the grounds at Versailles:  Hot Baked Stuffed Potatoes 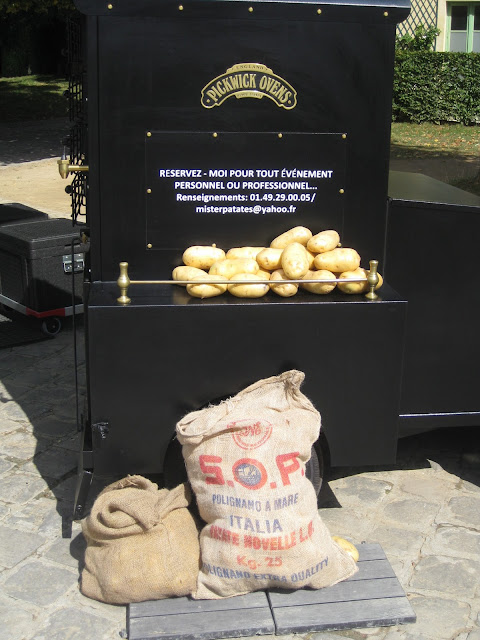 And  as globalization kicks in once again, we have:

An interesting and thoroughly French interpretation...(who wouldn't want a potato stuffed with a crab and scallop terrine?????)

and voilà, modern stuffed baked potatoes to feed the hungry masses strolling the vast gardens at Versailles.  And trust me, they are VAST, and food like this is most welcome. 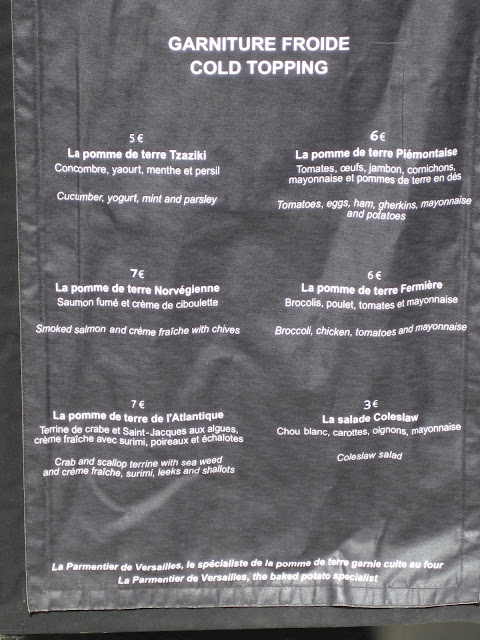 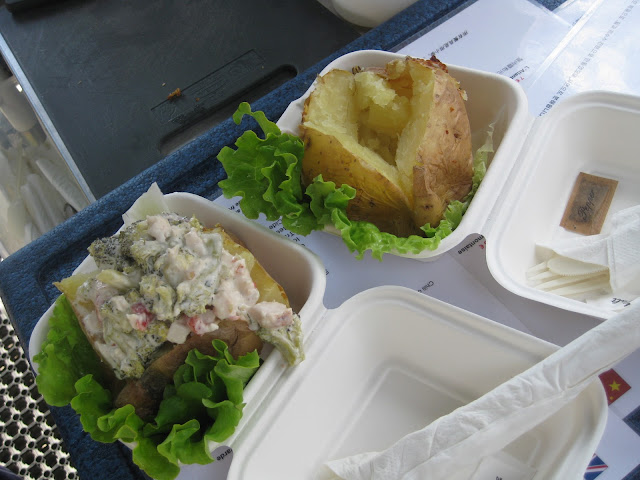 Just one sample...are you tempted yet? 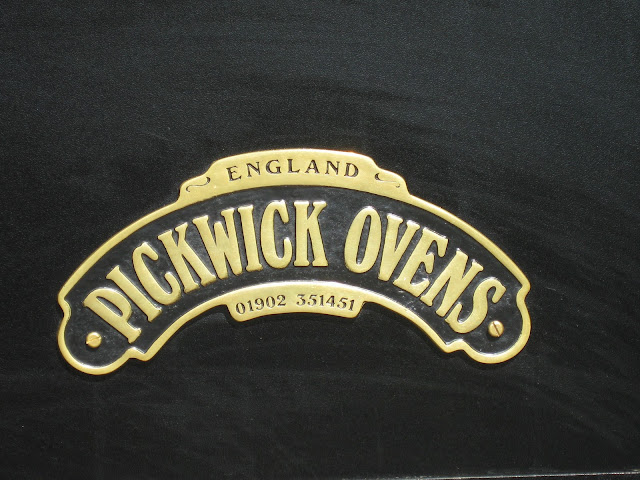