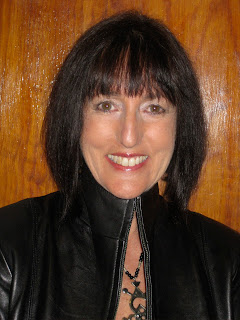 Hello and welcome to Flavors of the Sun,

After four years of blogging and hundreds of blogposts, I think it is past due to introduce myself.

Born and raised in rural South Florida, I grew up in a loving family comprised of two brothers, a Southern mother (and great cook), and a Dad who came from an Italian immigrant family.  A loving extended family full of aunts, uncles, and cousins galore launched me into the world of study and travel at an early age--and I haven't stopped since.

Always a gypsy at heart, I was accused by my Mom of working just long enough to buy another ticket somewhere.  And those tickets took me afar: round and round the world, over and over. Not only did I travel by road to such far-flung corners of the world as Afghanistan, Pakistan, and Iran.  I also covered much of Asia, Africa, and Europe repeatedly, and more, piling up the stories, honing my love of culture and art, indulging my love of food, sharpening my perspectives, and becoming a what I hope is a true citizen of the world.

After graduate school I left the States for the Middle East, where I set up a school for an American company.  Later I returned to live in Bahrain where I taught at university.  I was also lucky enough to live in Paris in my twenties and spent a lot of time in London with my beloved cousin.  And then came Mexico, dear to my heart, Mexico, where I moved almost thirty-one years ago.  And this is where I met my late husband and where our son Zachary (actor, model, photographer, and producer) was born and raised.

When I relocated to Mexico in 1987 from Bahrain, I had to reinvent myself so that I could earn enough money to stay.  At first I tutored American kids and put them through their US school studies.  Later I began teaching cooking, at the behest of friends who tasted my Indian, Thai, or other international food. I wrote a bilingual cookbook, which quickly sold out.  And almost 25 years ago I opened Flavors of the Sun International Cooking School, which enables me to indulge in my great passion, food.  As a teacher, I also get to explore my love of food anthropology and ethnobotany as a part of my approach to teaching.

Over the years I have been lucky enough to appear in various magazines (see below), a television program, and worked in pre-production as culinary producer for Food Network's Season Two of "Mexican Made Easy."  I also am a frequent guest speaker on plants and the history of chiles and Mexican food here in San Miguel de Allende, where I live.

As a way to indulge in my love of travel, I also lead tours (cultural rather than culinary) to Morocco, Istanbul, Turkey, and soon to other locations, I hope.

And now I am a part of the amazing community of fellow bloggers, something that fascinates and inspires me over and over on a daily basis.  And for this and so much more, I am deeply thankful.

Welcome to my blog and to my world!

Victoria Challancin has also been featured or mentioned in the following publications: