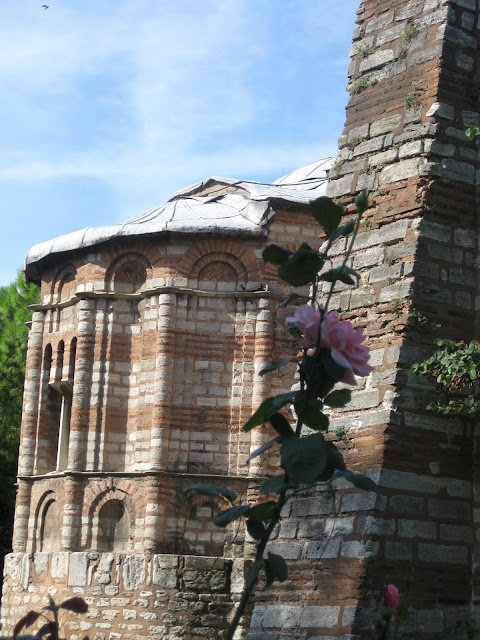 A single rose, outside the 5th-century Chora Church (called Kariye Camii in Turkish), in Istanbul 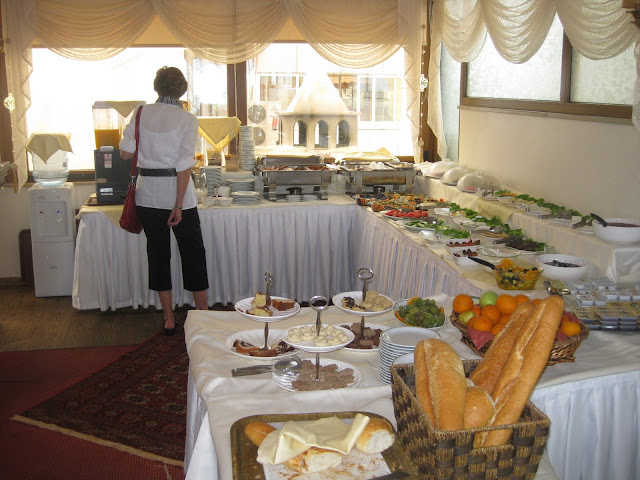 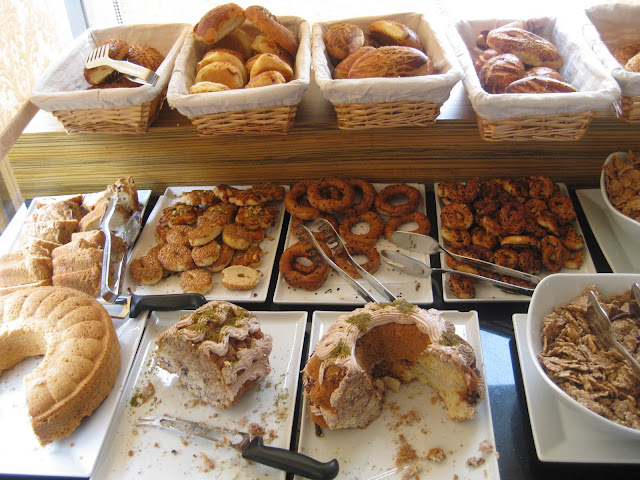 Immediately, I latched onto the various breads 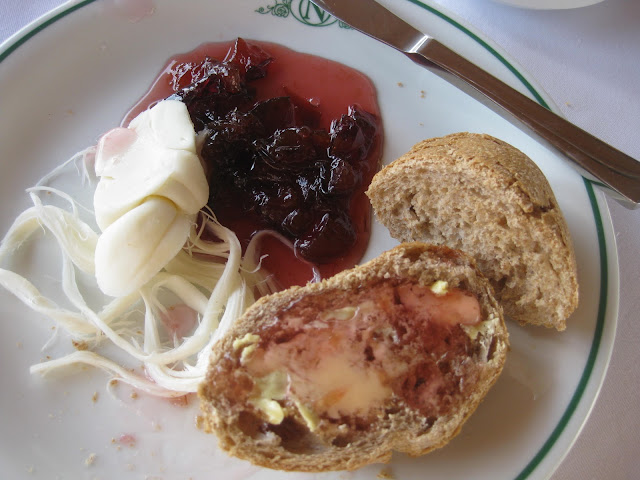 Next, I discovered the Sour Cherry Jam and how it enhanced the taste of the salty string cheese it accidentally touched 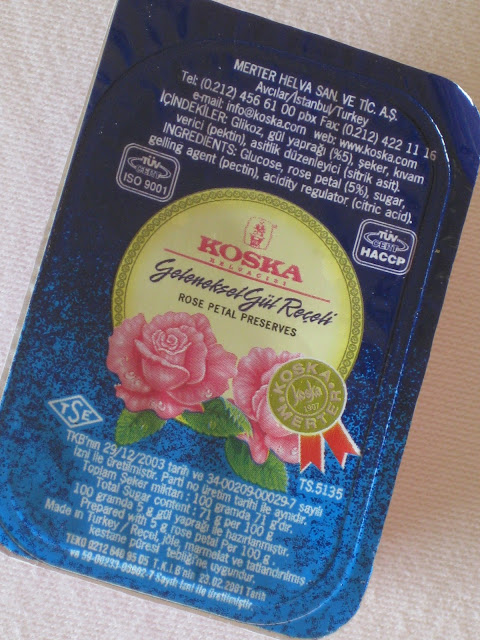 And then, wonder of wonders, I spotted the Rose Petal Jam 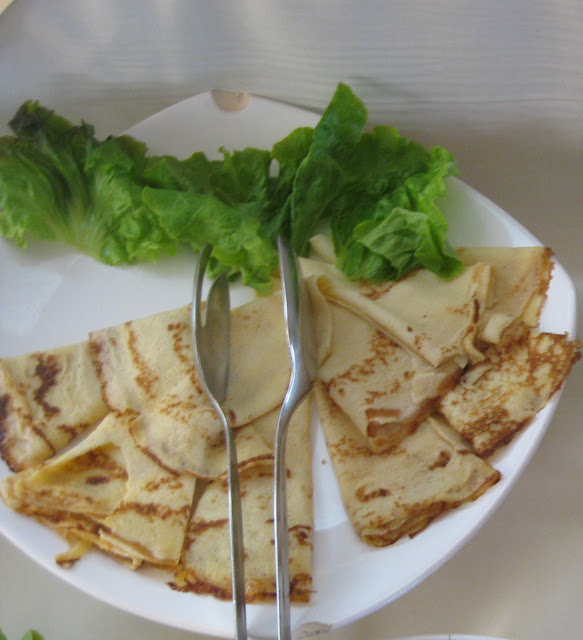 I started looking for things to put it on 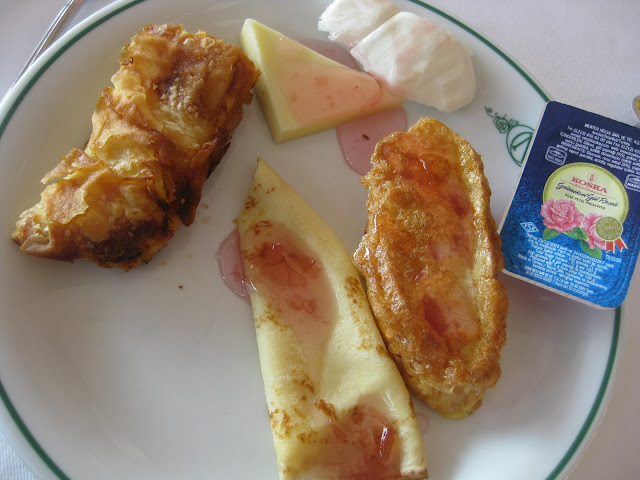 Nothing, it seems, would escape my quest for new Rose Petal Jam taste sensations 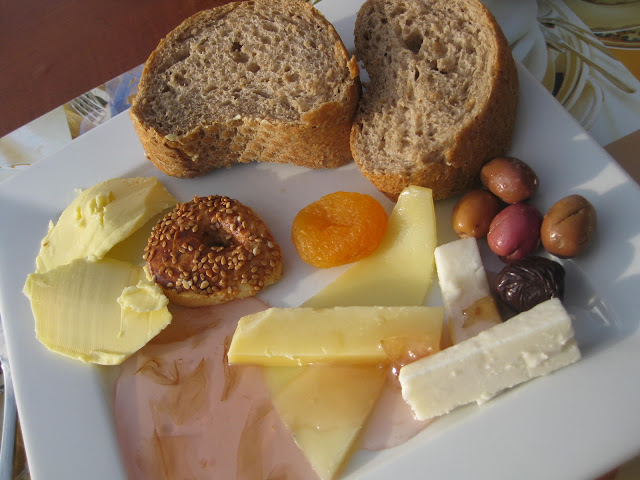 And as good as the jam was with various breads, it really shone with the salty cheeses 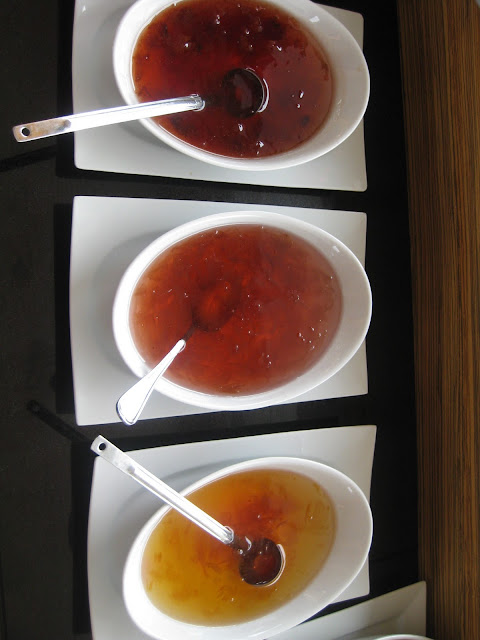 I was a bit worried about leaving the jam behind when we had to change hotels, until I discovered that this new hotel not only seved it, but served it in great, luscious puddles 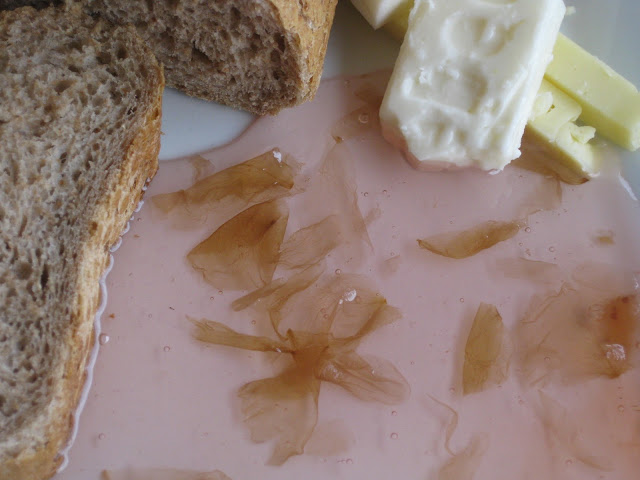 And although I was enchanted by the heavenly flavor, I soon became equally captivated by the patterns it made as it spread over my plate 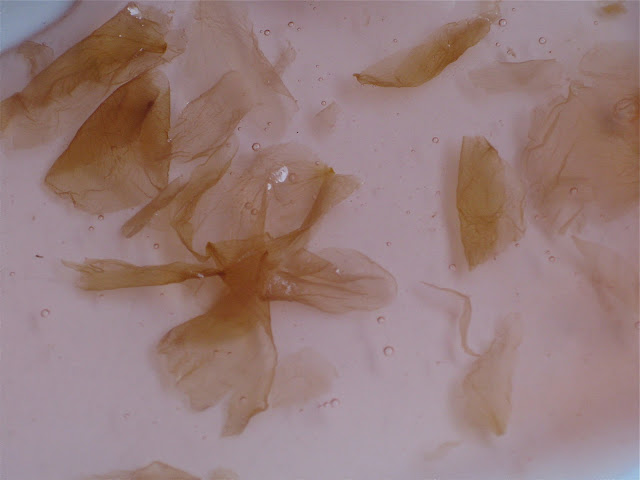 I've been back in Mexico for almost a week, yet I am still going through Rose Petal Jam withdrawal.  Visually.  Tactilely.  Gustatorily.  Can you see why?
Posted by Victoria Challancin at 1:05 PM