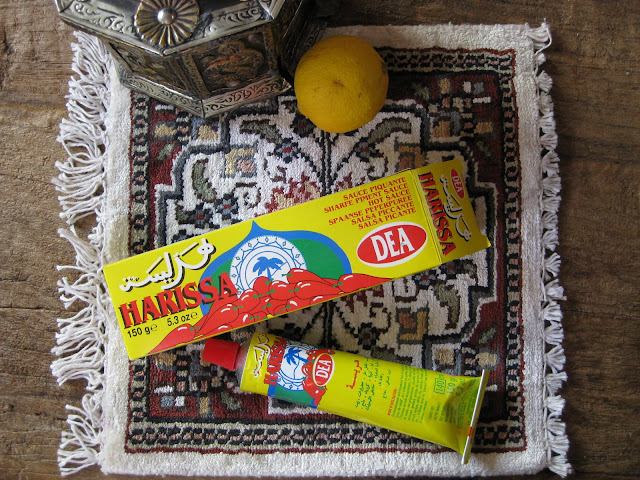 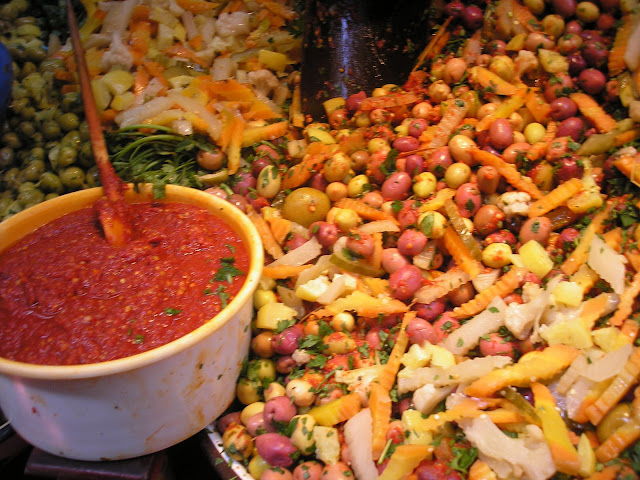 Harissa, sold in the Marrakech souk 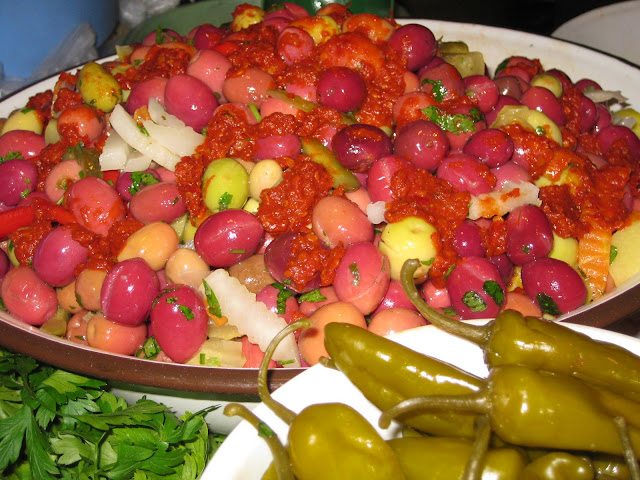 Olives sold pre-mixed with harissa in the Fés souk 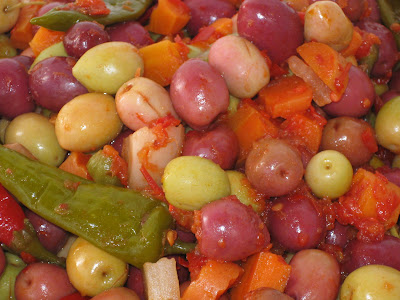 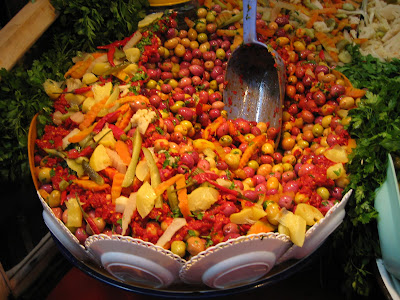 From the Marrakech souk: Olives and vegetables sold mixed with harissa


Harissa, a spicy North African sauce, is often considered to be native to Tunisia, but is popular in Libya, Algeria, and Morocco as well. It is usually served as a table condiment, much like pico de gallo or other hot sauces found in Mexico. Used as an ingredient in some recipes, it appears in modern interpretations on crostini with goat cheese, with yogurt as a dip, in aioli as a variation, on pizza, as a marinade or spice rub, in soup, in hummus, and in vinaigrettes. Sometimes recipes for harissa contain roasted dried chiles, citrus, dried mint, cinnamon, and even rose petals. But my favorite version is made from roasted red bell peppers, caraway seeds, coriander seeds, plus dried chiles to kick up the heat.

1 tablespoon coriander seeds
1 tablespoon caraway seeds
1/4 teaspoon cumin seeds
1 dried red chile such as chile de árbol or
dried chile flakes to taste
2 teaspoons sugar
Sea salt to taste
4 large garlic cloves, unpeeled
4 large red bell peppers
1/2 cup extra-virgin olive oil
Toast coriander seeds, caraway seeds, cumin seeds, and the dried chile in a small skillet until fragrant, approximately 1 minute. Place in a spice grinder and pulverize until smooth. Place in a food processor with the sugar and salt.
Char peppers over an open flame or under a broiler until slightly blackened on all sides. Place in a plastic bag to sweat or in a bowl covered with a towel.

Meanwhile, place the unpeeled garlic cloves in a small dry skillet. Cook until slightly blackened and soft. When cool enough to handle, peel and add to the food processor with the spices.
Peel the peppers and remove the stem, seeds, and veins. Add to the food processor. With the motor running, add the oil through the feed tube. Add more oil if needed to have a smooth paste. Check and adjust seasoning to taste. Store covered in the refrigerator. 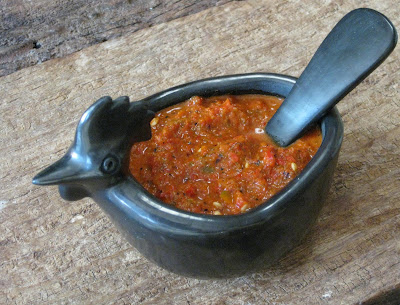 My homemade harissa, served in a salsero from Oaxaca, Mexico

Posted by Victoria Challancin at 4:40 PM