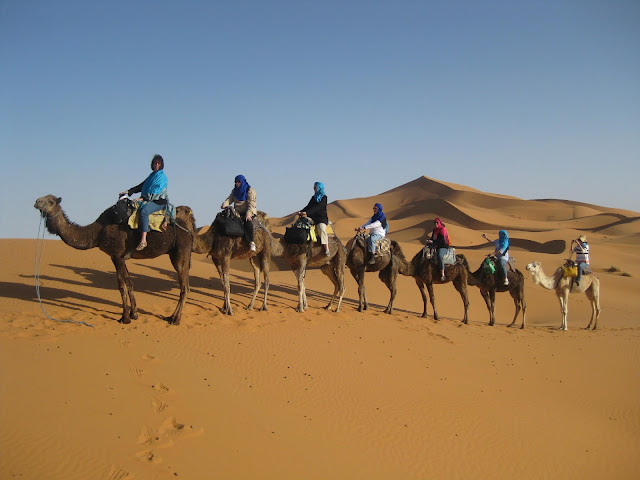 That's me on the lead camel!

I'm home!  After almost a month in Morocco, I am home again.   Dazzled anew by the warm and generous Moroccan people, replete with great food, agog over the richly varied topography, touched by kindnesses too many to mention, in awe over the architectural details and sheer imagination involved in the intertwining of art and design, entranced by the pure beauty of the country and its people, enchanted on so many levels I can barely process them, and awash in extravagant colors...I am home again.  Returned to my family and friends, richer in spirit, humbled by the generosity I encountered, profoundly touched and deeply happy.  Whew!  What a trip!

As many of you know, I lead small groups, cultural rather than culinary, to Morocco each year.  After completing my seventh such journey there as a group leader, I am more dazzled, more respectful, more captivated by the people and the culture of Morocco than ever.  Some of you have been rightly scolding me for not having reported to you sooner, but truly I am home again and ready to share.  Today it is the colors...the food and recipes will follow soon!


The Colors of Morocco: 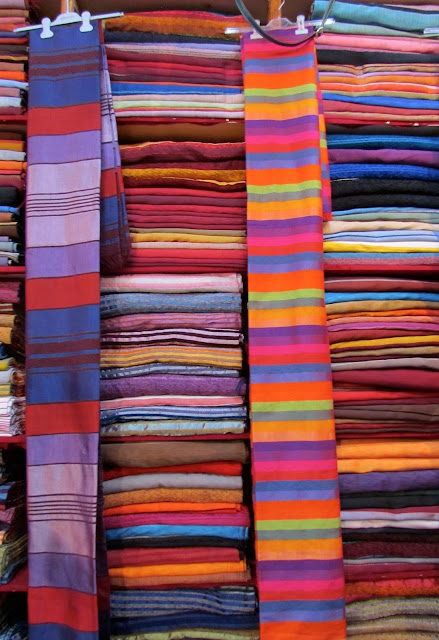 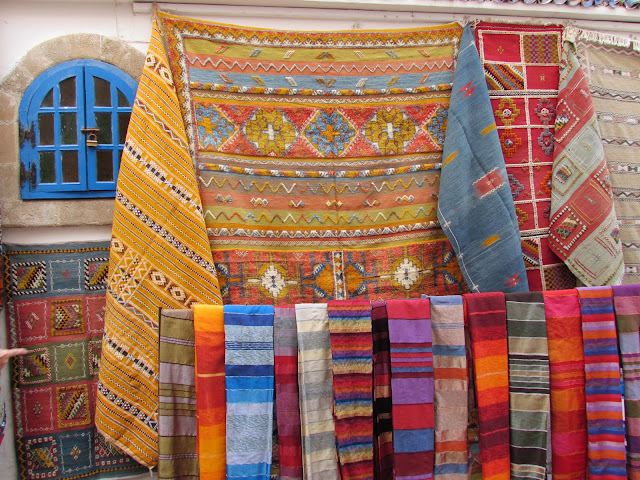 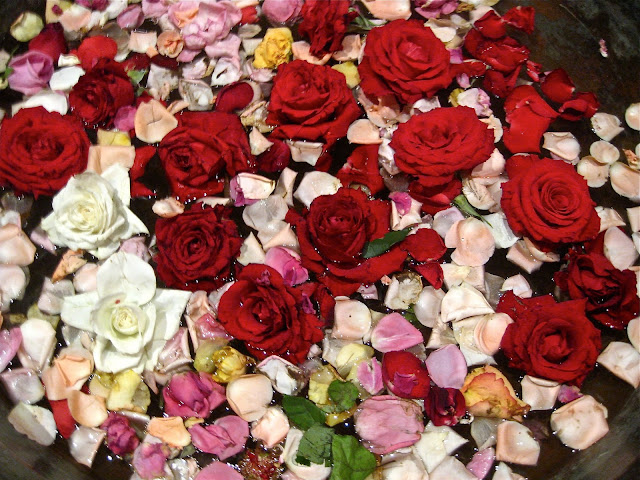 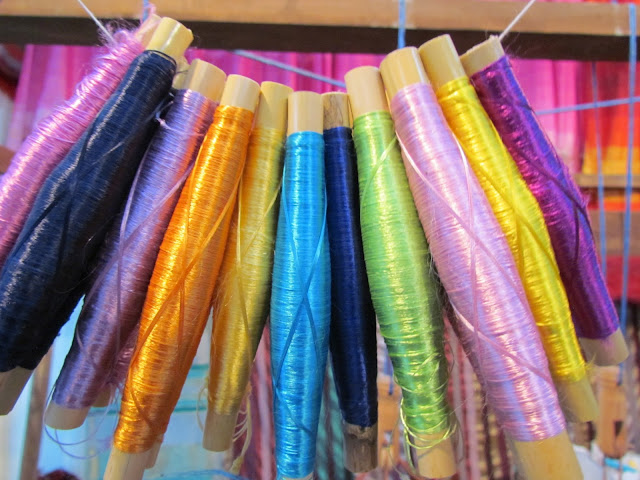 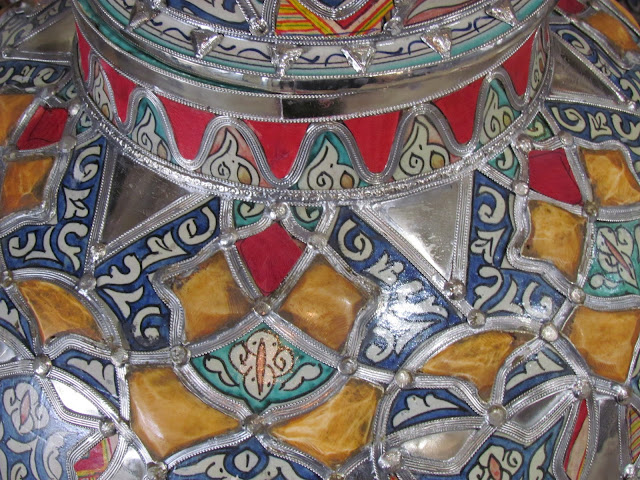 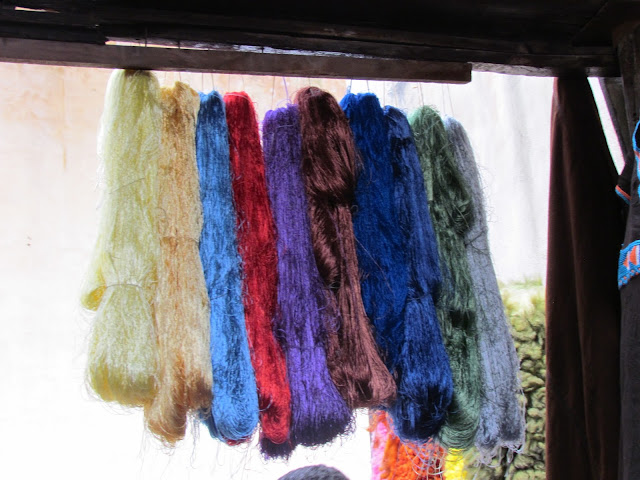 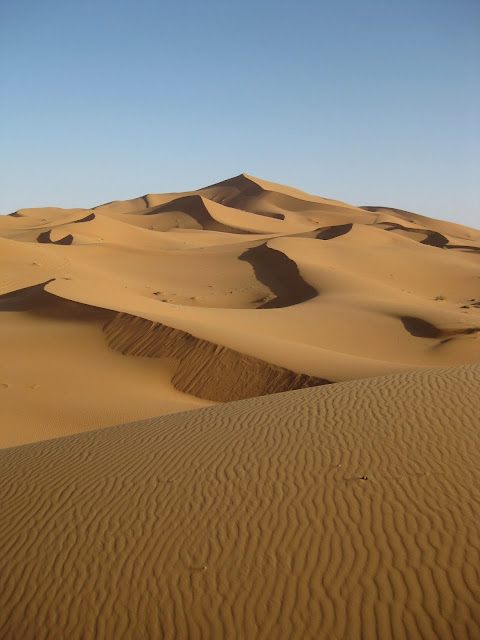 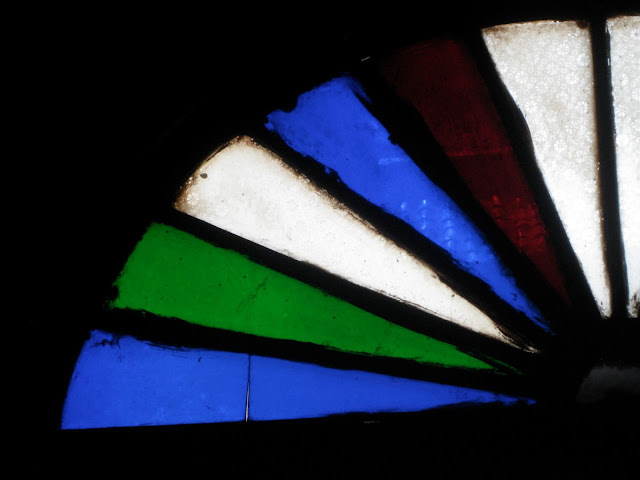 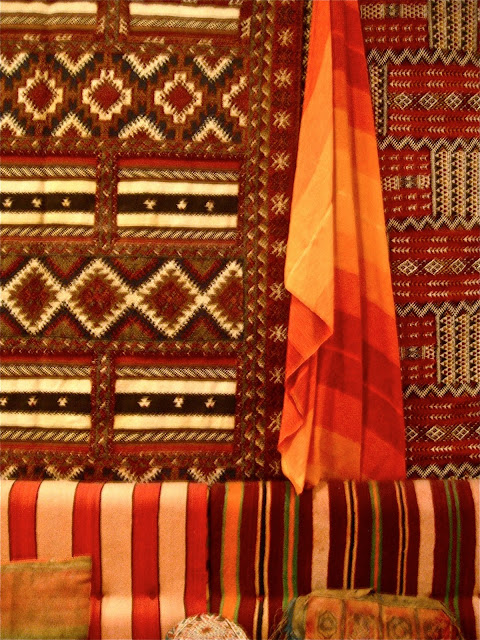 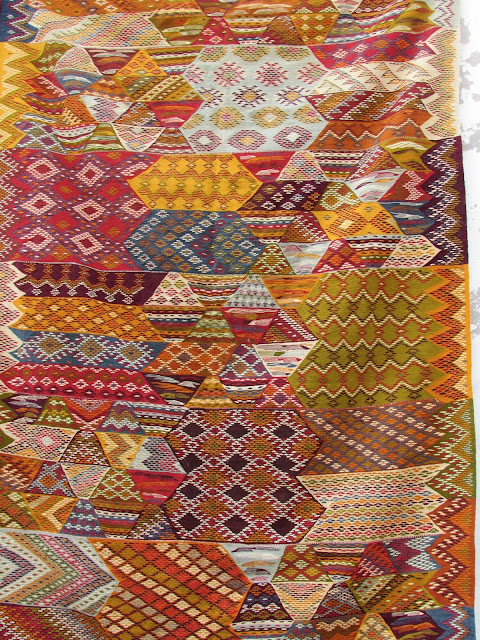 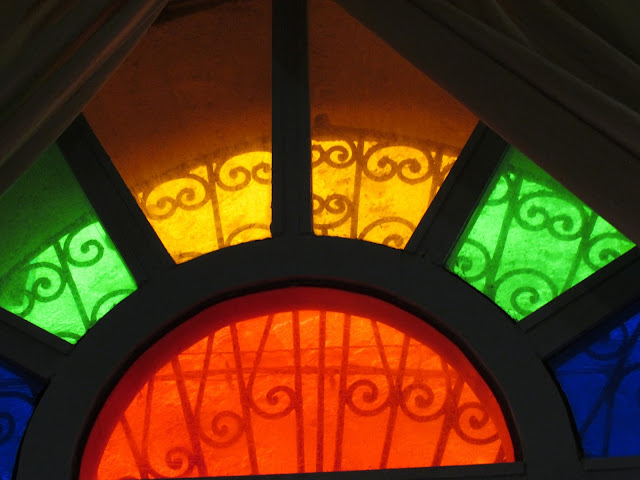 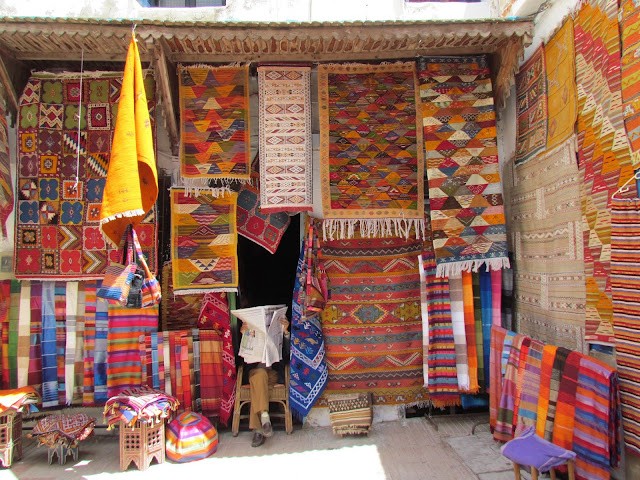 Some Interesting Facts about Morocco:
When I first meet with my group, I try to sum up a few facts about Morocco that are crucial to any understanding of it as a place or a culture:  it is NOT the Middle East; it is essentially Berber rather than Arab (and I mean this in no was as a criticism of the Middle East, which is dear to my heart and my personal development, as most of you already know); it is vast and varied; couscous and tagines are not the same thing; and finally, couscous is not a grain, but is a pasta instead...with these in mind, here are a few more facts on Morocco. 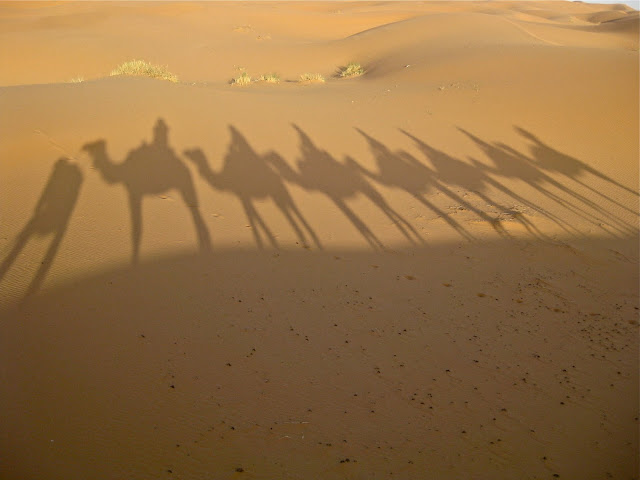 Please do not use photos or text without permission.  Thanks! 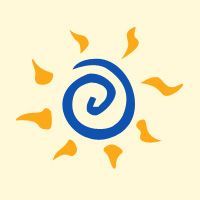 Posted by Victoria Challancin at 11:55 AM

Wow, what gorgeous photographs Victoria. Yours words are so tempting that I might join you some day -- that would be too cool!:) I love the few Moroccan dishes I've eaten and always love learning more about their cuisine. I made my first tagine a few weeks ago and will be making it again soon.

Welcome back! Can't wait to see your recipes. Also thank you so much for all the sweet comments you left on my blog. Hugsxx

My eyes are still in awe of the colors and so happy oi have read this post. Welcome back.

What gorgeously colourful shots! And a very helpful list. I have never visited Morocco so it really helped me get an understanding of it and what to expect :)

Oh my, Victoria! Welcome back first of all and thank you SO much for this brilliant summary :) ! So many facts I did not know! And visually all those brilliant colours! I have always wanted to visit the country but so far it has not come to pass: cannot imagine a more wonderful teacher than you!! And a delighted laugh arose within me looking at that photo of you and 'the troops' in the desert. Methinks you'll allow me to share :D !

Dear Eha, by all means do share! Many thanks to each of you. I dream that you will all join me one day!

I love your images. You are right - there is so much colour. I'm glad you had a great time away. Looking forward to your upcoming posts xx

Simply stunning! I know I spoke to you once about these trips. I'm sorry now I didn't follow up.

Hopefully, Joan, there will be one next year at about the same time. I've done seven so far! Just let me know if you want me to keep you updated.

Fabulous photos! Welcome back from what must have been a wonderful trip. On a side note...I follow you by email but have not been receiving one when your new posts go out. I thought you were still traveling.