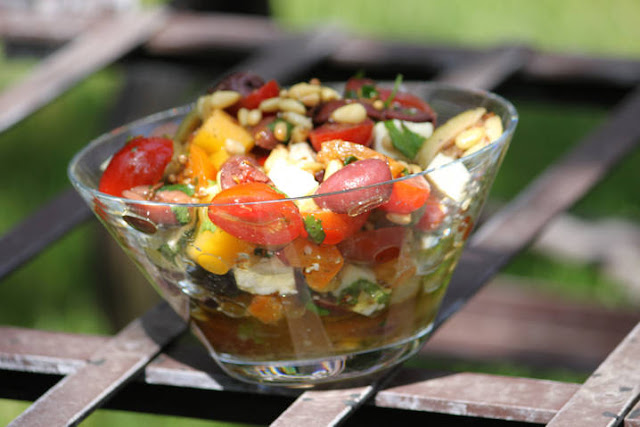 Photo by my son, Zachary Popovsky

I seem to store up recipes that I eventually want to write about.  Sometimes for years.  This Mexican Olive Salad is a perfect example.  I actually tested it for Marcela Valladolid for her Food Network's Mexican Made Easy when I worked on pre-production for the show.  I tucked the recipe away and remembered it today while scrolling through photos, this one taken by my son.

This easy recipe is a perfect example of Mexican-Mediterranean fusion food, which is so popular in Baja, Mexico.  You could riff on this endlessly.  Add some boiled egg, cucumber, or cubed avocado.  What about tuna?  Or serve it as is over grilled fish or chicken.  Jícama would work here as well, as would cooked cubes of potato.  Serve it on endive leaves or with homemade tortilla chips.  Or perhaps make a "taco" out of jícama sliced thin on a mandoline and use that as a base, a practice that is becoming popular here in San Miguel in upscale restaurants.

Light, fresh, easy to put together, this is summer in a bowl.  (Can you tell our weather is heating up?).

Recipe:  Mexican-Style Summer Olive Salad
(Recipe by Marcela Valladolid of Food Network)
Cook's Notes:  This version has an additional 3/4 cup of red cherry tomatoes.  You can either tear the dried red chile into small pieces or use scissors to cut it into thin rings.  Other hot dried chiles could be substituted.  To read about Mexican cheese such as cotija, check out this post I wrote on Mexican Cheeses.

In a small, dry skillet, toast cumin seeds, coriander seeds, chile, and pine nuts over medium-high heat, stirring constantly, until fragrant, about 3 minutes.  Transfer to a serving bowl and whisk in olive oil.  Season with salt and pepper, keeping in mind that the olives are salty. 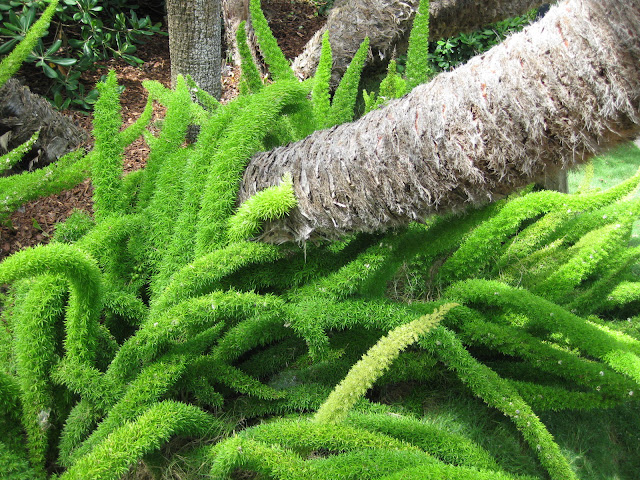 What beautiful photos, both of the appetizing salad and that brilliant California green! I make a lot of salads and hence am always on the lookout for salad dressings. Truly this one must be one of the most interesting I have ever seen and it will be 'kitchen tested' soonest :) !

What a gorgeous looking salad and it must be so full of flavour. Very summery xx

This picture made me smile because those colours are simply glorious! :D

I'd love to make it with jicama. For me it is one of the best ingredients you can put in a salad.

What a great idea, Ben. I agree, jícama is a wonderful ingredient with so much possibility. A new culinary trend here in SMA is to use it as a base for a fresh seafood or vegetarian "tostado." I need to play with that idea...

That sounds heavenly!
I love olives and I think they really shine in this salad

The salad looks incredible. I am picturing how great it would also be with the jicama. You've made my tummy grumble :) Lovely color too!

I love that idea of using Jicama as a mini taco. They are not alwayds easy to find here , but you have me thinking. I love to know anything like this. Victoria, tell me have people been stealing your images?

Thanks, Tania. You know, I don't know if people have stolen my images or not. My photography isn't perfect, but it is mine and I do hope it isn't being pinched or used by anyone else. How do you know? Where do you look?

When I saw the title, I said OH WOW! I like this very much and it looks so refeshing.

This salad will be perfect this summer when my cherry tomatoes are ripe. I know that are summer guests will really enjoy this.

I love jicama and eat it daily! I bet it would taste amazing with jicama and avocado. I can taste it now. YUM!