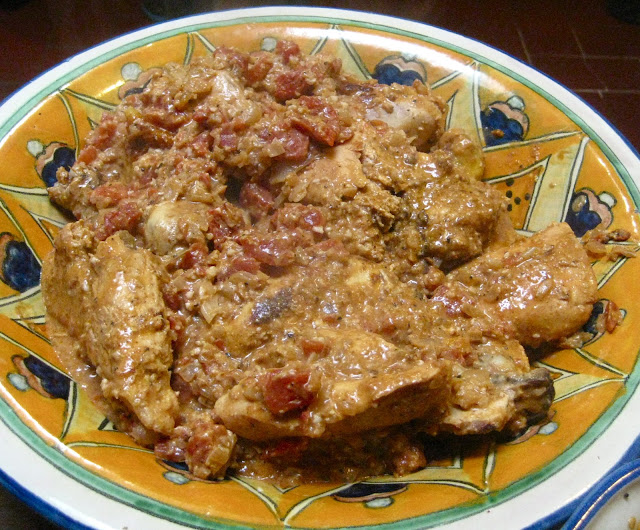 Note:  Apologies to subscribers for the formatting issues.  I have some run-together words that do not appear in my copy.  I'm trying to work them out.  Sorry about that.

I am always fascinated by food anthropology and the way ingredients and dishes find their way into other cultures.  A perfect example of this is Chicken Tikka Masala (or Massala), which British Foreign Secretary Robin Cook declared in 2001 to be “a true national dish, not only because it is the most popular, but because it is a perfect illustration of the way Britain absorbs and adapts external influences.  Chicken Tikka is an Indian dish.  The Massala sauce was added to satisfy the desire of British people to have their meat served in gravy.” 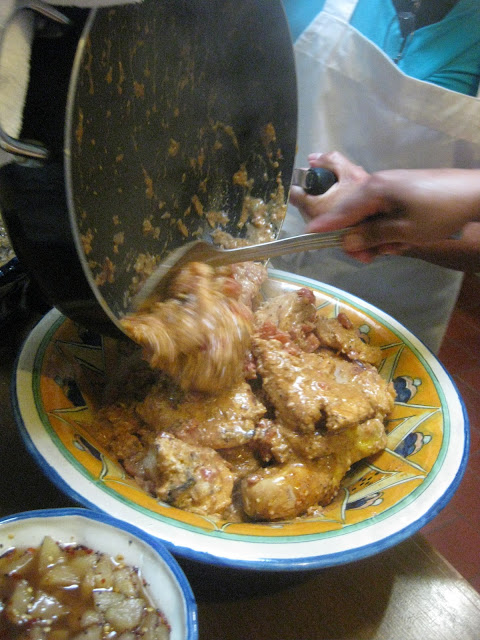 There are so many stories, some no doubt apocryphal, of how this popular dish (often called the most popular restaurant dish in Britain) came to be.  No doubt, marinated chunks of meat cooked in a traditional clay oven, is a dish that has been in existence in India for thousands of years, long before the British appeared on its shores in the 16th century.  It is equally true that spicy dishes rich with cream, nuts, and/or spice pastes or blends have been in place for millennia in India.  Whether or not the modern dish called Chicken Tikka Masala is a lovechild of these two traditions born in the 50s in British restaurants misses the point.  The resulting dish of yogurt-marinated chunks of chicken bathed in a gentle (or spicy) creamy tomato sauce replete with spices is today a natural culinary treasure of Britain, no matter from whence it came.

The term “tikka” refers to small pieces of marinated meat, often on a skewer.  “Masala” is the blend of spices ground into a paste or powder.  Together they make Chicken Tikka Masala, a luscious blend of marinated chicken sauced with a tomatoey-creamy spice-rich sauce. 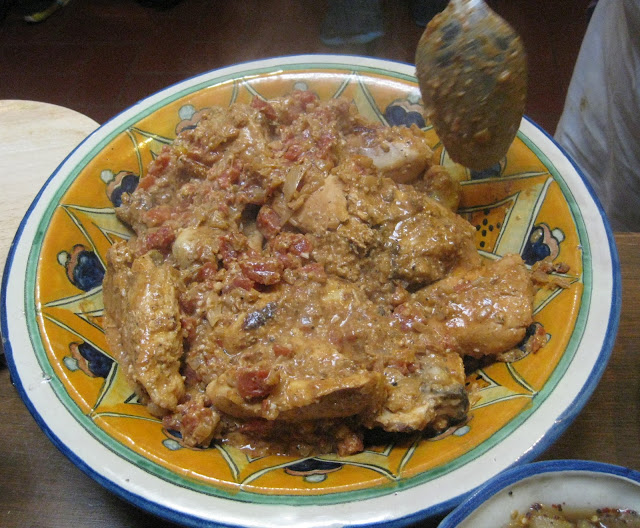 Class Notes:  In this week's class for Mexican cooks,  armed with some lovely fresh spices a loving friend just brought me from India, I chose a recipe from Food and Wine Magazine, by Grace Parisi, which I adapted only slightly.  I can't find boneless chicken thighs here in San Miguel, so I just used thighs and legs with bones and a couple of boneless breasts cut into chunks.  Not traditional, but still very good.  I only had a couple of hours to marinate the chicken, but the marinade still imparted a heavenly flavor.  We also started roasting the chicken in the oven, but then switched to a frying pan due to time constraints. I left the tomatoes in chunks, but a more authentic version would be to puree it first.  Chef Parisi says that the marinade and sauce are also delicious with shrimp, lamb, and vegetables.  And, no doubt, it is!

In a large glass or stainless steel bowl, combine the yogurt, garlic, ginger, cumin, coriander, cardamom, cayenne, and turmeric.  Season with salt and pepper.  Using a sharp knife, make a few shallow slashes in each piece of chicken.  Add the chicken to the marinade, turn to coat, and refrigerate overnight.

Preheat the broiler and position a rack about 8 inches from the heat.  Remove the chicken from the marinade; scrape off as much of the marinade as possible.  Season the chicken with salt and pepper and spread the pieces on a baking sheet. (Or just cook in a frying pan as we did in class).  Broil the chicken, turing once or twice, until just cooked through and browned in spots, about 12 minutes.  Transfer to a cutting board and cut it into 2-inch pieces.

Meanwhile, in a small skillet, heat 1 teaspoon of the oil.  Add the almonds and cook over moderate heat, stirring constantly, until golden, about 5 minutes.  Transfer the almonds to a plate and let cool completely.  In a food processor, pulse the almonds until finely ground.

My dear friend, Jennifer Haas, helped me out by snapping a few quick photos of various condiments with my point-and-shoot camera as I scurried around with my students, finishing the meal. 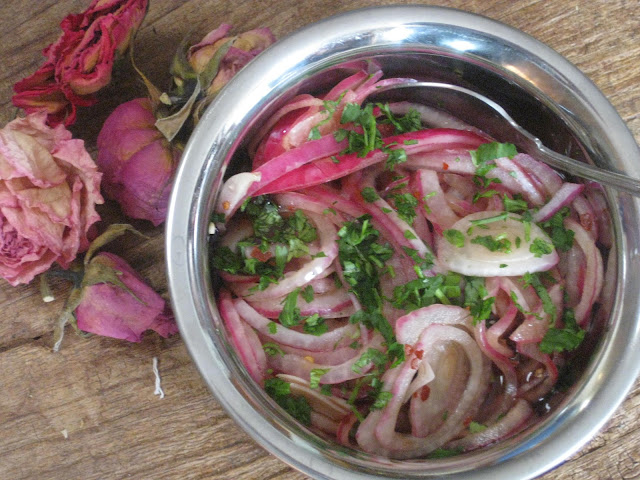 Recipe:  Garam Masala
(Recipe by Victoria Challancin)
Note:  I learned to make garam masala when I lived in the Middle East over twenty years ago.  I have no idea the source of this particular mixture of spices.

Use whole spices when possible.  Toast in a dry skillet and grind in a spice grinder.

Toast all whole spices in a dry skillet until fragrant, stirring constantly for about 1 minute.  Grind in a
spice grinder in batches, if necessary.  Place in a bowl and mix well.  Store in a glass jar in a cool, dark
place. 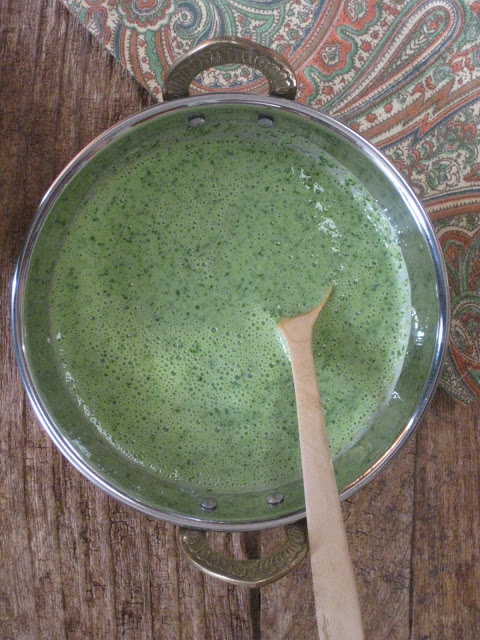 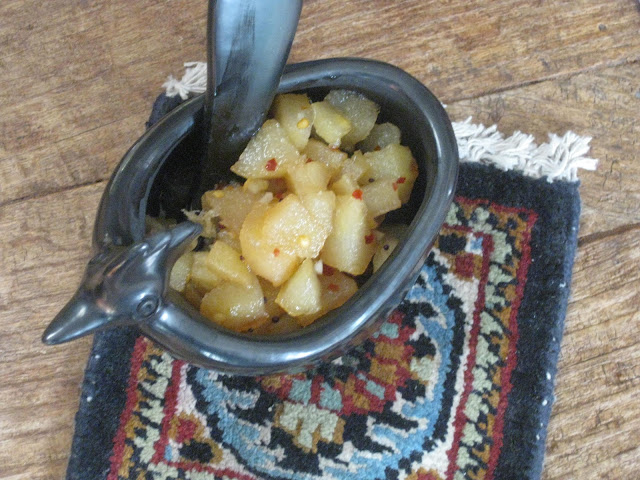 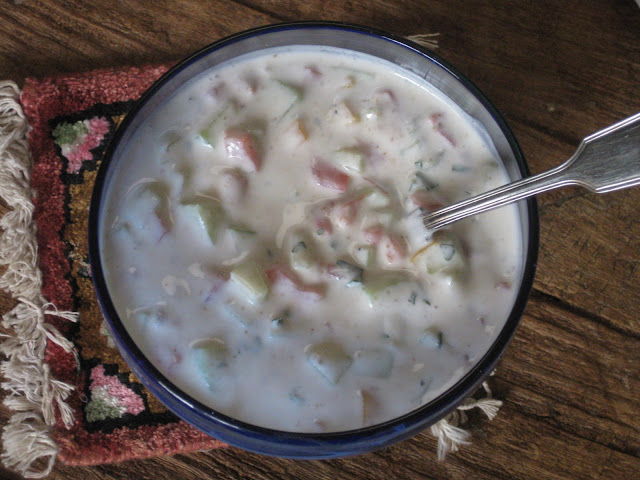 Posted by Victoria Challancin at 10:57 AM

Have just changed my Chicken Tikka Masala recipe on file to yours! Probably shall do the same to my garam masala one: yours taste good on the palate! And this is very much 'my' style of cooking! The recipes are as wonderful as the story accompanying them! Yes, the memsahibs of the Raj seem to have a lot for which to answer :) ! Thank you for those and the great Jennifer Haas photos . . .

Yeah I've heard about how popular Chicken Tikka Masala is in Britain... We eat it here in South India too... Your recipe looks nice! Love those pickled onions too. Very authentic! Thanks for sharing :)

That looks delicious! I lived in Scotland for 6 months and I have never since had a Tikka Masala like any I had there!

I love Tikka Marsala or anything Indian really. This looks delicious. I too do a cooking class and some sometimes would like to take photos during the class but it doesn't really look good does it. What kind of people do you teach?

Interesting. I've never had it before but it looks so not British, though, but I guess you're right, they know how to absorb and adapt :)

Tania,
How nice to connect with a fellow cooking teacher and blogger! During class, I always seem to be so busy that I don't always have the time to set up photos as I would like--mainly it is lighting issues. The bulk of my classes are given to Mexican cooks who are sent by their employers to learn international cooking as a way to expand the cooks' repertoires. I also give classes in Mexican cooking in English to local foreign residents or visiting tourists--as well as a variety of series I do in English on international cooking as well. It's a mixed bag, but all are enjoyable to me!

I was never a big fan of either drinking tea or eating curries, then I moved to live in London for three years! Now I drink tea daily and absolutely LOVE a good curry!

I spent a lot of time in London with my cousin and often felt like I had better food than in India itself! Great curry shops there...

We were going to have Japanese food tonight but you've stirred up a lust for Indian food, in particular Tikka Masala that is hard to suppress! :P

I love Chicken Tikka Masala, it's one of those ultimate comfort foods! So nice to hear the story behind it!

"They had an empire-and gave it all away" according singer Gerry Rafferty in his song, "The Garden of England", but not before they learned to make some lovely Indian food.

Oh, Lynne, I love the inclusion of the song--thank you so much. Hadn't heard that one in years and years! Perfect!

Learned something new today. I order this dish quite often in my favorite Indian restaurant. The picture of the onions is really attractive.

I was never a big fan associated with both ingesting tea as well as eating curries, i then gone to live in are now living in London for three decades! Right now I consume green tea every day and love a good curry!
runescape gold
Final Fantasy XIV Gil