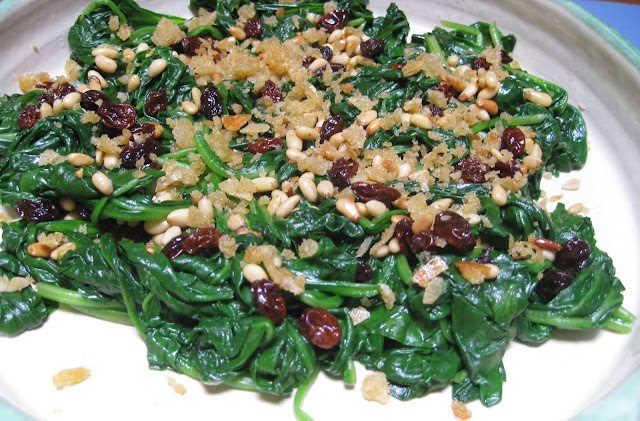 An Easy Side
by Victoria Challancin

After days of elaborate cooking and equally elaborate eating, I thought today I would give you an easy, but delicious, nutritious side dish with bright, clean flavors.

Versions of this dish appear all over the Mediterranean.  I have read that it originates with the Sephardic Jews, but whatever the origins, I think of it as purely Italian, kosher or not, as Italy is where I have encountered it the most.

This dish lends itself to interpretation.  In Italy, particularly in Sicily, you might find this dish used as a pasta "sauce." Simply add it to cooked spaghetti with a touch more olive oil, leaving the breadcrumbs for the last.  Add cheese to this dish with the pasta and bake it, again with the breadcrumbs on top.  Golden raisins or dried cranberries could also be used.  A grating of lemon zest wouldn't go amiss either.  Bits of chopped prosciutto could be a nice addition as well, though hardly kosher. This also makes a terrific stuffing for chicken breasts, topped with a light marinara sauce or not. The California Raisin Marketing Board offers a salad version using baby spinach with a golden raisin vinaigrette...yum.  And it probably goes without saying that any cooked green would be great in this basic recipe--I particularly like kale or Swiss chard, but imagine that mustard greens would be heavenly.

While recipes like this one don't really require a proper recipe, I do use recipes when I teach them to Mexican cooks in my classes here in San Miguel de Allende, Mexico.  It's just easier when I can find a recipe already written out with quantities and instructions so that I can translate them quickly into
Spanish, rather than racking my head trying to remember exactly how much of this or that I actually used when left to my own devices.  Play with this recipe, but do try it. I promise that if it isn't already a staple in your repertoire of quick dishes, it will be soon.

Scroll down for a bit of history on spinach!

Note: To make fresh breadcrumbs, simply use stale bread or toast fresh bread in a 300-degree oven for a few minutes until crisp, and then pulse in a food processor until the bread is the size of peas.

Add the breadcrumbs and garlic to the pan, and sprinkle with 1/4 teaspoon salt and a few grindings of black pepper (my addition).  Cook over medium-low heat until slightly brown, 5 to 7 minutes.  Transfer to a plate.

Put the remaining 2 tablespoons oil in the pan with the spinach, and cook until the spinach just wilts.  Transfer to a serving platter, toss with the raisins and pine nuts, top with the breadcrumbs, and serve. 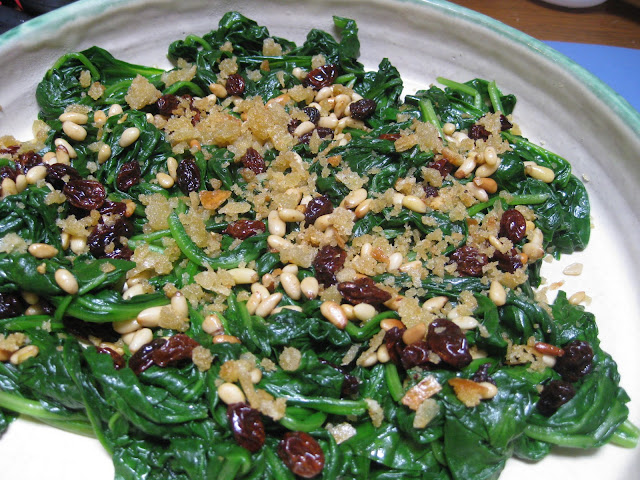 
Spinach:  A Bit of History
For any of us growing up in the U.S. in the days of Popeye, it is hard to miss the fact that spinach is incredibly nutritious.  Rich in iron, zinc, and calcium, spinach makes an inexpensive addition to any diet, even though the oxalate content of spinach makes the calcium harder to absorb than the calcium in, for example, broccoli.  You can read more about oxalates here.

History tells us that spinach probably originated in ancient Persia.  Trade dispersed the the plant as it was introduced by Arab traders into India and ancient China, where it was called "Persian vegetable." The Saracens also introduced spinach to Sicily as early as AD 827, where it became a popular vegetable.  It arrived in Spain by the latter part of the 12th century, also via the Arabs, where it was called the "captain of leafy greens."  England and France were exposed to spinach a bit later, in the 14th century, probably via Spain.  And Wikipedia tells us that Catherine de Medici loved spinach so much that when she became queen of France in 1533, she insisted it be served at every meal! (Note:  Today dishes made with spinach are known as "Florentine," reflecting the city of Florence, where Catherine was born.)

Members of the newly-formed group who meet in San Miguel to study plants, will be happy to note that spinach belongs to the family of Amaranthaceae, which we discussed just last week! 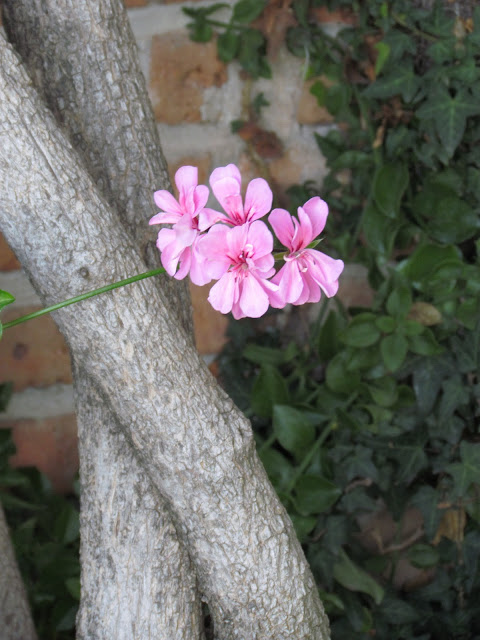 
Remember that all recipes are meant to be shared, but please ask for permission before using images or text.  Thanks!
Posted by Victoria Challancin at 9:17 AM

Email ThisBlogThis!Share to TwitterShare to FacebookShare to Pinterest
Labels: An Easy Side, and Breadcrumbs, Flavors of the Sun Cooking School, Pine Nuts, Sautéed Spinach with Raisins, Victoria Challancin

The golden raisins look like little amber jewels! This looks fantastic and I'd love the sweetness with the spinach and pine nuts :)

I could probably eat my weight in this spinach salad! All the flavors I love and super easy.