The concept of salad varies greatly from the East to the West. And nowhere is this more true than in Morocco, where salads play a big part in the cuisine. Served as appetizers, these small dishes are intended to sharpen the appetite and refresh the palate. They often appear on the table in small groups and are generally left there when the main dishes arrive.

In addition to the fresh, raw salads I wrote about in the last post, Moroccan salads also frequently appear on the table served in small portions to be eaten with bread. Almost dip-like in consistency, many of these salads showcase a variety of spices popularly used in Morocco: cumin, ginger, paprika, and cinnamon, to name but a few. Here are a few photos that I took on recent trips to Morocco, which reflect a variety of such salads served across the country. 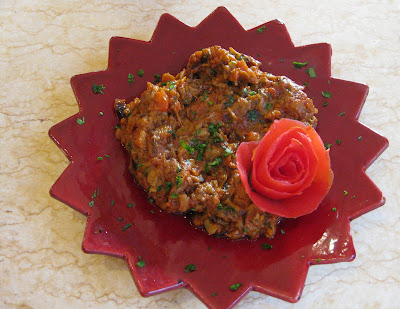 Zalouk, a popular salad made from eggplant and tomato, which I prepared in a cooking class at La Maison Arabe in Marrakech 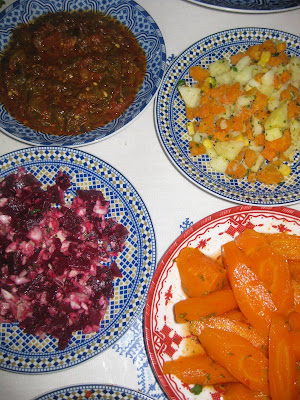 A slightly different selection of small salad plates from Fés 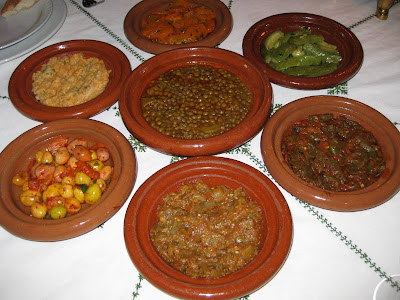 Again from Fés, a selection of salads to stimulate the appetite before an even larger meal 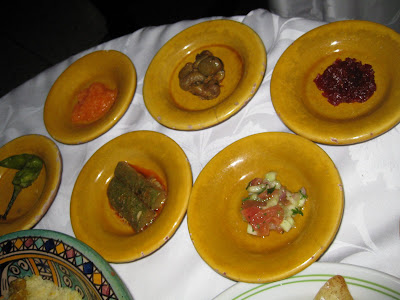 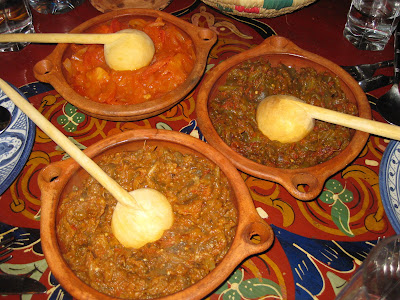 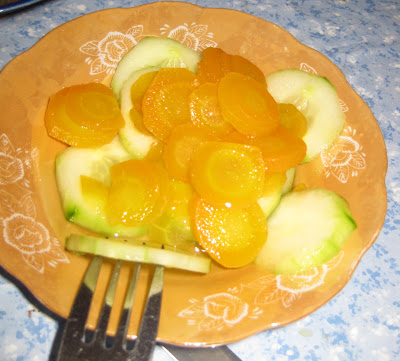 A delicious, simple salad, partly cooked, partly raw, from the home of friends Youssef and Fatimah 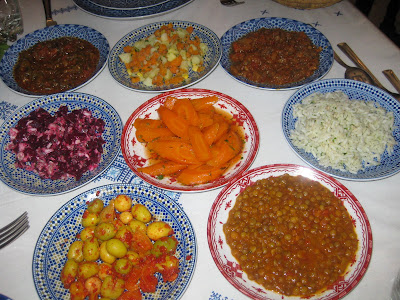 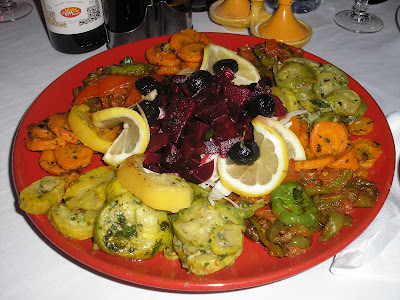 Composed and cooked, a melange of salads from Meknes 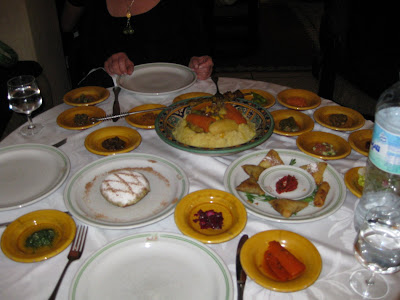 This photo, which shows the salads left on the table after main dishes are served, gives a bit of perspective on the actual size of the salad servings

Posted by Victoria Challancin at 4:25 PM