Part III: What Does One Eat in Paris? Les Plats Principaux... 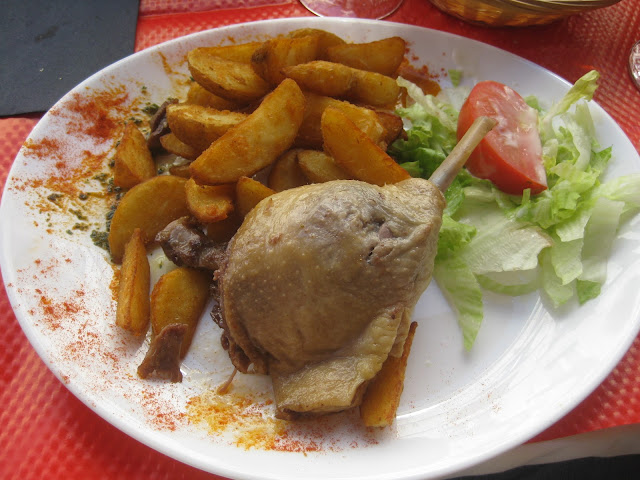 Part III: What Does One Eat in Paris?  Les Plats Principaux...
by Victoria Challancin
Each year I lead a small group of intrepid travelers to Morocco for a journey of a lifetime throughout the whole of Morocco.  This year I decided to offer several City Trips of shorter duration--eight days in Paris and/or eight days in Istanbul.  These trips went so well that I am thinking of adding other favorite cities, such as Florence, Venice, Rome, London, and Edinburgh, or perhaps the South of France and Tuscany.  I will post soon on these proposed trips, so check back!
We have seen the Entrees/Starters, the Snack Food, and now it is time for the main dishes.
When I lived in Paris in the late seventies,  it was impossible to have a bad meal.  Impossible.  For years now I have heard the argument that food in France just isn't what it used to be.  Perhaps.  But you can still find reasonably priced, well-prepared food in every neighborhood.  Scroll down for a sampling of what we enjoyed. 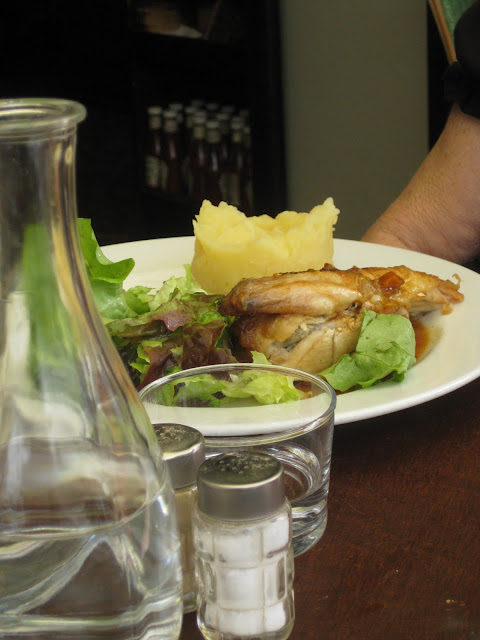 Do you think a simple roast chicken is boring?  Think again. 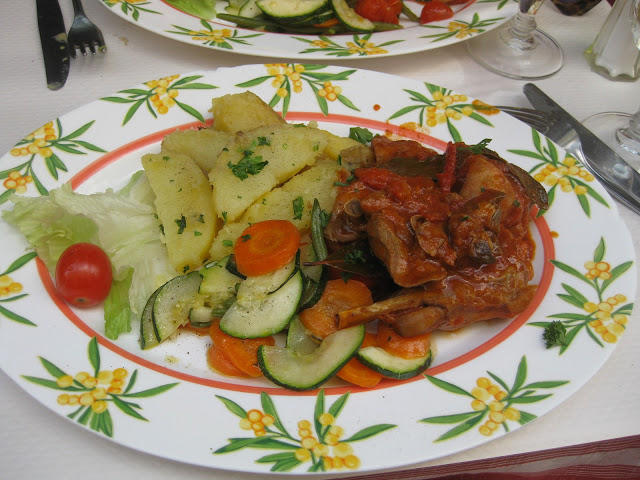 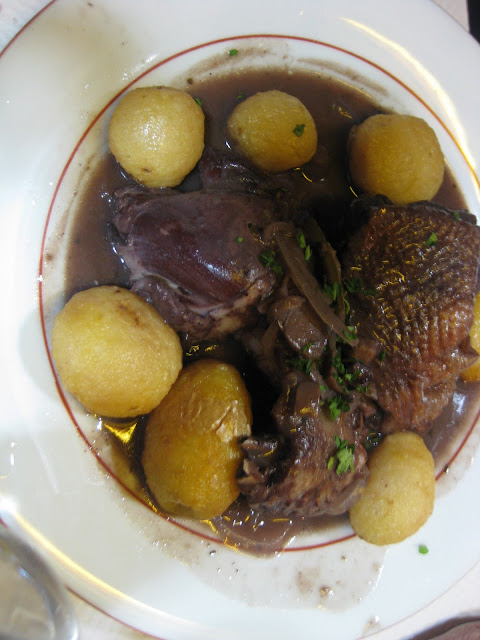 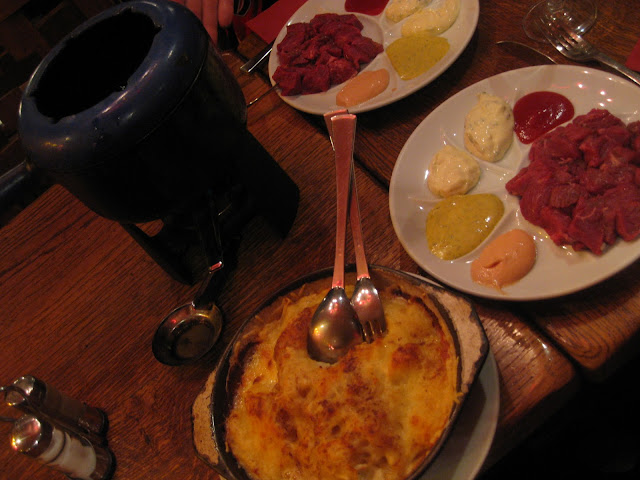 Fondue Bourguignonne?  Of course.  And a Gratinée (there were several styles, this one was "French"  with Emmental cheese, another had boeuf haché, or ground beef, and was called "American") 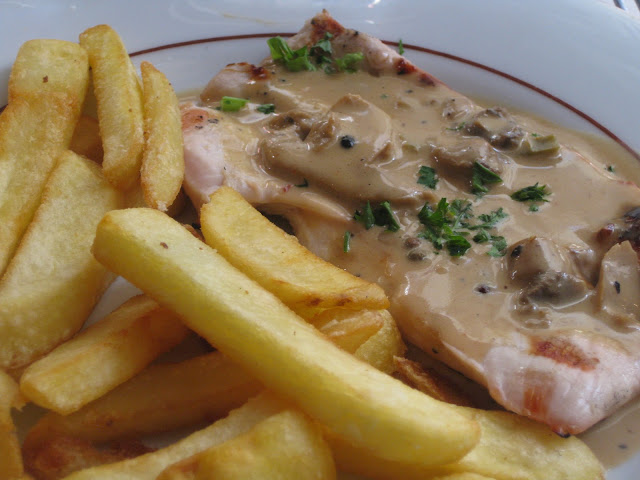 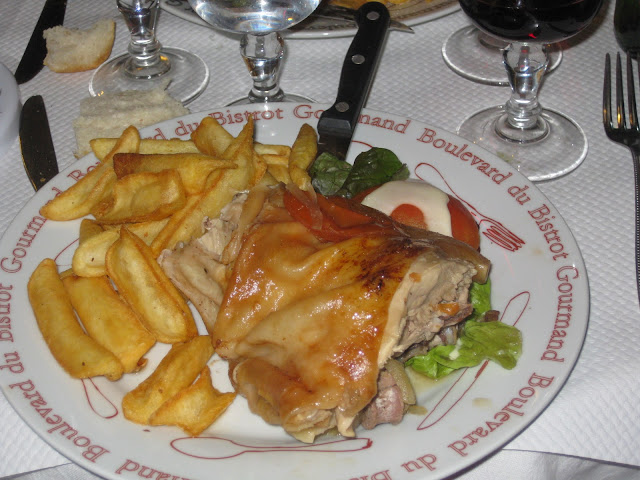 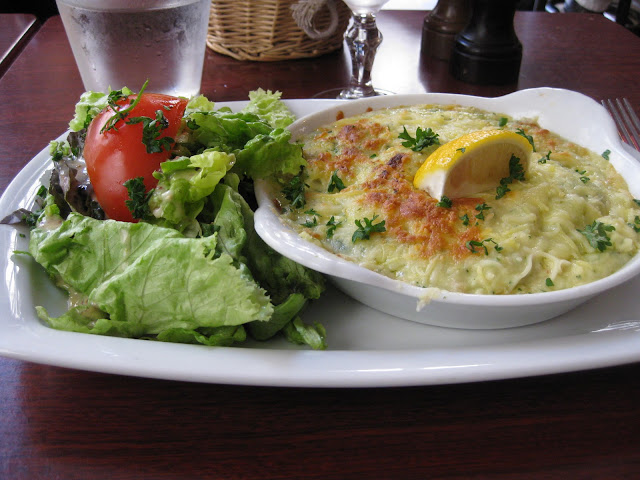 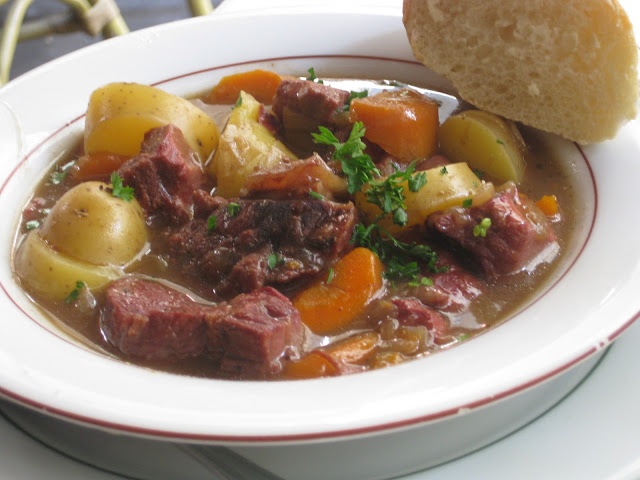 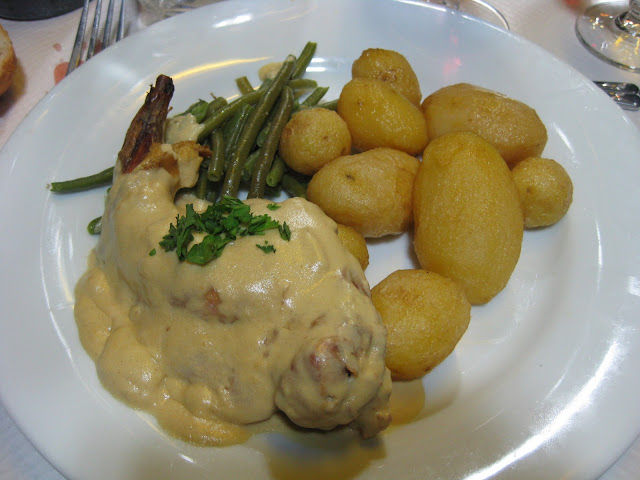 Rabbit with mustard sauce.  One can never have too much rabbit, or apparently potatoes either!  No complaints! 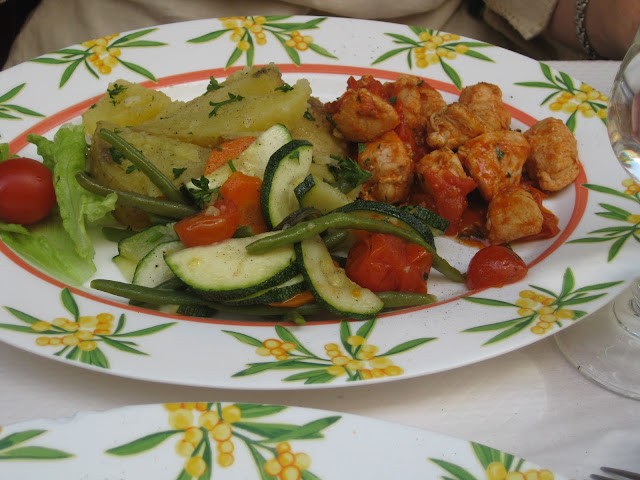 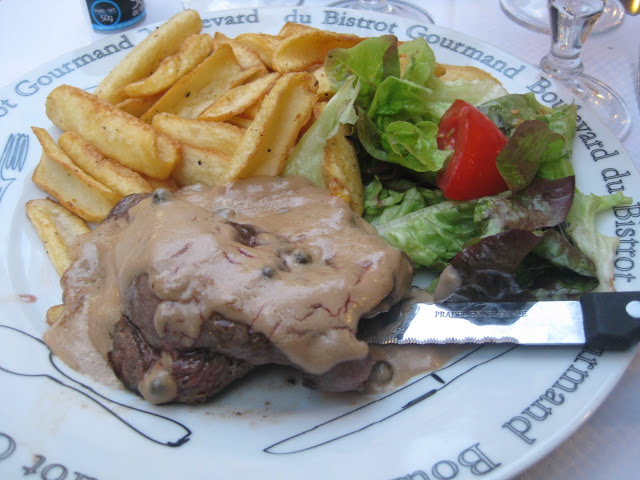 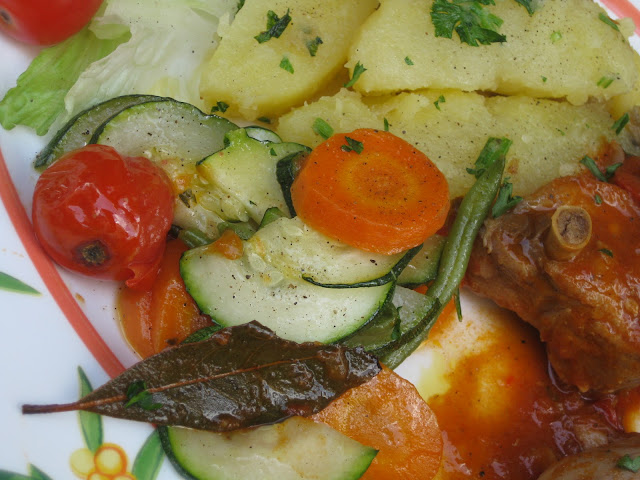 Does the marrow in that bone call to you?  It certainly did to me! 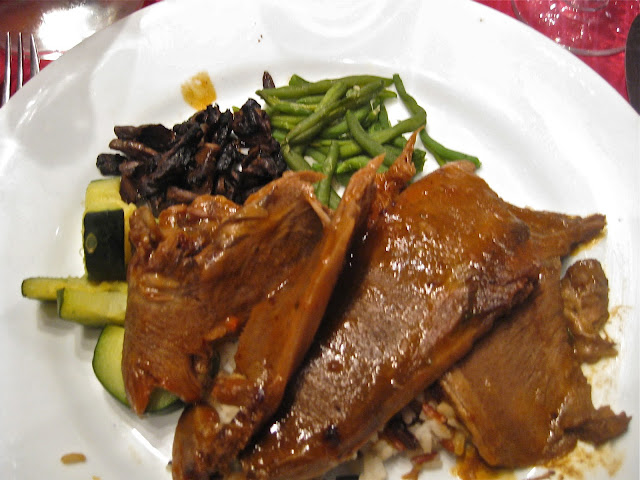 I almost left this one out because it isn't quite in focus, but who could overlook such beautiful Beef Tongue, perfectly sauced?
Posted by Victoria Challancin at 8:29 AM

Email ThisBlogThis!Share to TwitterShare to FacebookShare to Pinterest
Labels: Flavors of the Sun Travel, Les Plats Principaux, Part III What Does One Eat in Paris?, Victoria Challancin